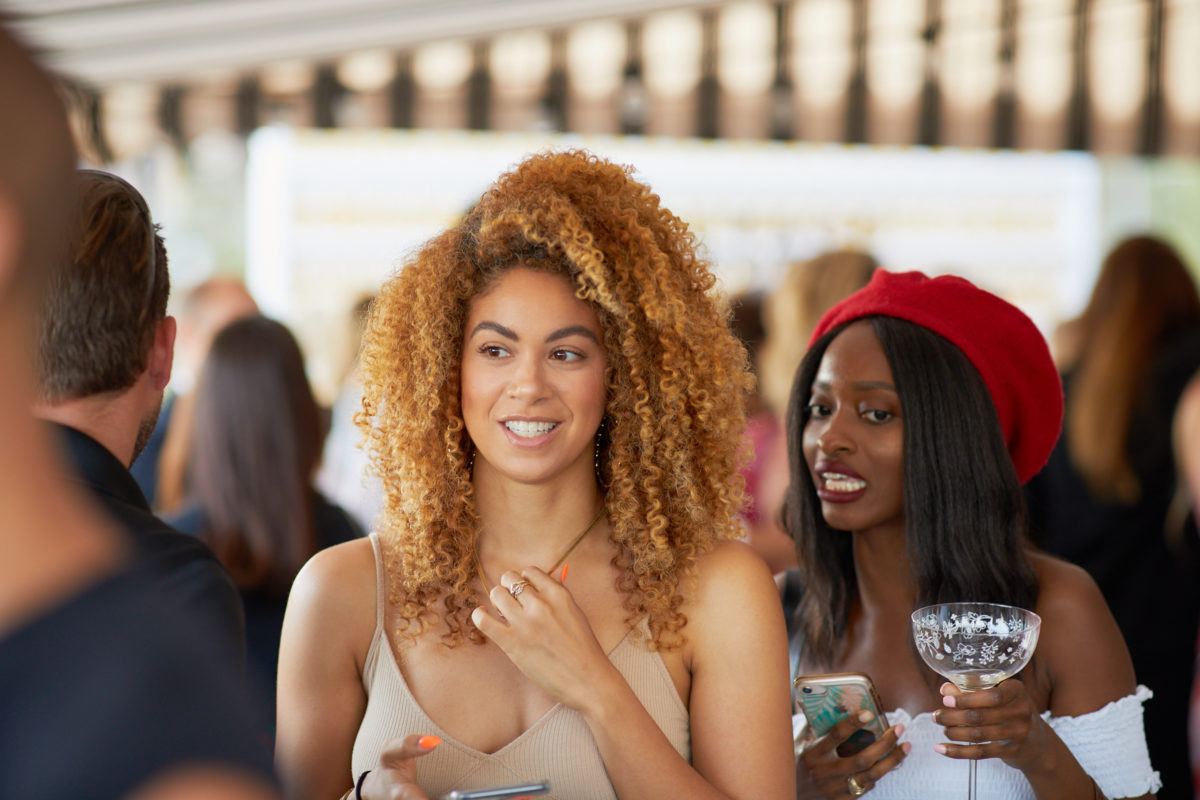 Who knows, you might even enjoy it
by Kelly Fitzgerald Junco | 9.10.18

When you’re a person who drinks, coming across a sober person is often a novelty. Usually, it’s the cranky designated driver, or the well-behaved friend of the group, or someone who’s taking the night easy after a particularly terrible hangover.

What’s rare is to find a person in recovery out at the bar, or nightclub, or in the midst of any kind of social gathering in which most (or, typically, all) of the other attendees are drinking. When I think back to my drinking days, I might have come across someone who wasn’t drinking once or twice, but I never stayed around long enough to figure out why, or what motivated their decision. Was it recovery or a one-day thing? To be honest, sober people scared the crap out of me.

Sober? How weird, I thought.

When I stopped drinking, I became that sober person I was terrified of. Five years into sobriety, and I’ve learned that the chance of being the only sober person in the room is pretty high no matter where I go. Unless I’m attending a get-together organized by my sober friends, it’s pretty likely that I’ll be the lone sober wolf.

This used to bother me—it made me feel alone and different. But the reality is, most people drink in a social setting. It’s how our current social world works. Although that mindset is definitely changing, slowly but surely becoming more accommodating to non-drinkers, sober folks need to have the tools to deal with being the only sober person in the room.

And with these tips, who knows—you might even enjoy it.

Few things feel better, especially in sobriety, than being authentic.

For many of us, lying is something we left behind with alcohol. I like being honest about my sobriety. There’s no greater power than owning who and what you are. Generally, when I’m in a room full of drinkers and I say I don’t drink, I’m met with surprised eyes and confused faces.

Owning it allows me to feel empowered. I no longer care if my sobriety is “surprising,” or makes other people feel uncomfortable. It’s mine and mine alone. When I own my sobriety, I stand strong in it.

2. Be Prepared for Questions

Along with their confused stares, people might get curious. Remember—people who drink don’t tend to surround themselves with a ton of sober folks, so you’re kind of a rarity! People might want to know why you are the way you are, especially if you’re willing to open up about why you don’t drink.

The first question I always get is, “Wow, were you really that bad?” I never know how to answer this question since the scale of how “bad” your addiction was is incredibly subjective. My answers differ. Sometimes I say it could’ve been worse, while other times I say, “Yes! I was bad enough I needed to quit.” Both of these answers are true.

Other examples of questions I’ve gotten include, “You mean you’re never going to drink again? Not even sometimes?” or “Don’t you miss it?” and “Are you an alcoholic?” It might feel like people are looking for any reason to rule you out as a scary stereotype in their mind. We have the media to thank for that. They’ve done a great job of making non-drinkers and hard drug users look like bad people with whom you should never associate.

The point is that you don’t have to answer any questions you don’t want to, but if you do want to, have fun with it. Just be honest.

Don’t just go to an event to go. I don’t do that in sobriety. I do more of what I want.

3. Wherever You Are, Make Sure You’re There for a Reason

I can’t stress this enough. Although I think it’s silly to tell sober people to avoid bars, nightclubs, and happy hours altogether, I do think it’s important to make sure that wherever you do end up, there’s something there for you.

What do I mean by that? If you’re going to be the only sober person in the room, you need to be at a gathering with friends you love, or a club with music that makes you want to dance your ass off, or a bar that has mocktails that are to die for. Don’t just go to an event to go.

I don’t do that in sobriety. I do more of what I want, and I pick and choose the alcohol-infused events I go to. If there isn’t something fun for me there, like, say, at a brewery that doesn’t have food or games and only water? I’ll pass. The more comfortable you feel, and the more you feel like you’re actively choosing to be in a situation, the easier you’ll find it to be the lone sober person in a room.

4. Take Comfort in Your Sobriety

Nothing makes me feel better at a social gathering than not having to figure out a ride to get home, knowing I’ll go to sleep in my own bed in my right frame of mind, and wake up hangover-free.

I used to have to anticipate embarrassment in front of my boss or friends. I used to have to anticipate losing my purse or belongings or saying or doing something I didn’t mean to say or do. Social settings where you’re the only sober person are incredible reminders of why you’re sober. It won’t be long before you see a drunk person doing something silly or stupid and be glad that it isn’t you.

Don’t hesitate to remind yourself why you committed to sobriety. What a comforting thought.

5. Remind Yourself Why You No Longer Drink

Whenever I’m feeling like, “Oh shit, I’m sober and no one else is,” I think back to why I got sober in the first place.

I made the best decision for my life—and that was hard AF. I’m proud of myself and who I am. I don’t need people to understand or accept me, because I understand and accept me. Knowing this has built up my self-confidence. It’s allowed me to become a confident, sober woman who isn’t afraid of being the only sober person in the room. Being sober isn’t easy. In fact, it’s hard—and it’s a decision I have to make every day.

I don’t think about being the only sober person in the room as a bad or weird thing. I think about it as a special thing, and a cool thing. I’m different than I once was, and I’ve come a long way. I hope you remember these things the next time you’re in a room full of status quo drinkers.

What is a Recovery Coach? A Certified Coach Explains

The Biggest Misconceptions About Recovery

How to Quit Drinking in the New Year