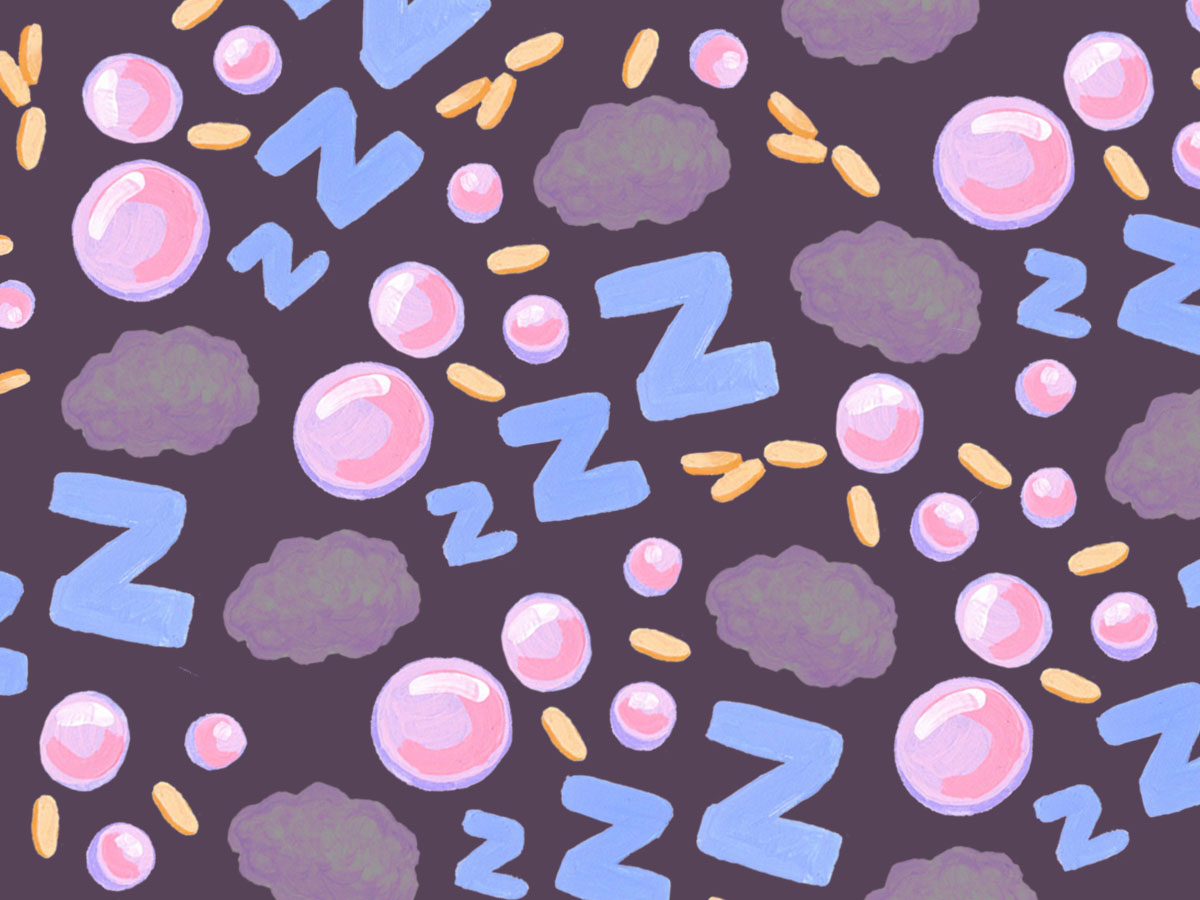 I learned that you either pay now or you pay later, but you always pay for addiction.
by Laura Cathcart Robbins | 1.16.19

How did it feel to be addicted to Ambien?

Everything was suddenly awful and horrible for no discernable reason. It felt like fingernails were tearing my hair out by the roots. Like boiling hot water was being poured on my heart and lungs. It felt like air being forced into my head with a balloon pump until my eyes felt like they were about to burst from their sockets.

And then, after I put my kids to sleep, when I was finally able to take an Ambien (or three) came the sweet, sweet release I lovingly referred to as the click.

My OBGYN prescribed me Ambien for the first time after my youngest son was born, just one year after his brother. I told him that I was unable to fall asleep until 3 or 4 a.m. every day, and then getting up with my babies again at five or six. I told him that I felt like I was losing my mind, but I didn’t want to be dependent on anything to get to sleep. He sold me Ambien as a safe, mild, non-narcotic sleep aid. He said I could take it every night if I wanted, but after a couple of weeks, I probably wouldn’t need it anymore.

That first night, I got some really good sleep for the first time in years and had some beautiful dreams—like someone had rubbed Vaseline on the lens of my dream-cam. Everything felt soft when I opened my eyes the next morning, like all of my edges had been smoothed out.

Everything felt soft when I opened my eyes the next morning, like all of my edges had been smoothed out.

I marveled at the miracle of science that gave me the power to fall asleep so easily now and awaken without grogginess, a hangover, or risk of dependency. But after about a week, I felt so much better, I just decided to stop taking it.

Seventeen nights later, however, I found myself staring at my ceiling at two in the morning counting the hours until I had to wake up. If I fall asleep right now, I’ll get five and a half hours of sleep, I thought. Waiting another half hour before slipping out of bed, I tiptoed to the bathroom medicine cabinet.

What felt like moments later, I woke up with a start. The sun was streaming in through the drapes and my son Miles was lying in bed next to me, patting my cheek gently with his little hand.

I looked over at the bedside clock and my heart revved-up like an engine.

I ransacked my memory for what happened the night before. I remembered getting up and going to the medicine cabinet, but I couldn’t remember anything else.

My husband eyed me warily when I arrived downstairs after a quick shower. “How many of those pills did you take last night? I couldn’t wake you up this morning.”

After that night, I stayed away from Ambien for a while. When I did take it, I always did so carefully, usually breaking the slim, smooth, white oval in half, making sure it was early enough in the evening so that it wouldn’t interfere with me waking up the next morning.

But the following year, as my boys seemed to get more and more energetic and my husband was working out of town more often, I started to take more Ambien. Three or four times a week for a year or so.

Then suddenly, or at least it seemed like it was suddenly, three years after taking that first Ambien, it became a nightly event for me.

One night during year four PFA (post-first Ambien), I opened my medicine cabinet after brushing my teeth and found my pill bottle empty. I peered inside, aware that my hands were beginning to shake and my heartbeat was speeding up.

Is someone else is taking my Ambien?

But then a memory surfaced, struggling to me through a thick haze. No, this has happened before.

One time, two days after getting a refill, I woke in the middle of the night to take a half an Ambien and found that the bottle was low. The next day, I found six Ambien mysteriously hidden in an Advil bottle. Buoyed by this revelation, I began to search methodically through all of the bottles in my medicine cabinet. First carefully and quietly, then with abandon, pulling them all out onto the counter with a clatter and then opening every single one, shaking it first and then peering inside.

Then suddenly, or at least it seemed like it was suddenly, three years after taking that first Ambien, it became a nightly event for me.

Just as I was about to sink to the cool, marble floor in anguish, I caught sight of a bottle-lid behind a roll of gauze.

How did I miss that?

Biting my lower lip hopefully, I grabbed the bottle and opened it. As soon as I peered inside, I saw three Ambien tablets nestled among the larger, yellow oblong pills that belonged there. Relief was a warm blanket spreading over my cold shoulders.

And then, without thinking, I popped two of them in my mouth and swallowed them dry.

I have no explanation for why I took two. I had never done that before. And I didn’t feel the click until I got in bed a few minutes later.

It was kind of like that first time I took it years before when everything got soft and dreamy, but this time was different. This time there was liquid lavender flooding into my throat and skull, too, turning my limbs into satin. This time there was a lightness of being that I’d never before experienced.

I distinctly remember lying down quickly and smiling. I wanted to enjoy the feeling filled up and melted down all at the same time. My last conscious thought that night was, “if I take three does the click get bigger?”

During the next few months, I noticed that the Ambien alone wasn’t producing the desired click, so I started to experiment. I found that Benadryl worked by accident when I was suffering my hay fever one day.

The Benadryl/Ambien click was different, sharper, instant. But I didn’t have to take more Ambien during the night, as had become my new custom. Less Ambien was good because I needed to conserve them.

I was running out of doctors to prescribe it to me.

One long swallow of vodka after my Ambien and my head swelled with a pleasant, far away buzzing.

One day, my fourth psychiatrist (the two before her refused to prescribe it for me anymore) told me that she wanted to see about putting me into a sleep study as I seemed to be developing a dependence on Ambien–she wanted me to begin weaning off of it.

Developing a dependence? Oh, Sister, if you only knew…

That night, in a frantic effort to get to sleep and snuff out the anxiety that accompanied the thought of weaning, I discovered the combination of vodka and Ambien. One long swallow of vodka after my Ambien and my head swelled with a pleasant, far away buzzing. Another sip and my knees buckled, forcing me to lie down. Ambien and vodka produced a click that blew the previous clicks out of the water. The Ambien/vodka click was the mother of all clicks. It was the click that ate Tokyo.

That monster ran my life for the next few years. In the end, I couldn’t wait until my children were asleep before I unleashed it. I would always wake up with their two little, moist bodies draped over me protectively as if they were exhausted from a night of trying to pull me back into our bed from the Ambien dream world. Each morning I was wracked with guilt, unexplained blank spots in my memory—an urgent, demanding sense of shame and the shakes.

In January 2008, I started breaking off the corners of my Ambien tablets throughout the day and chewing them. They tasted like bitter bits of sidewalk chalk, but I needed them to keep my hands from trembling. I wasn’t eating Ambien to get the click during the day. I needed it to feel normal.

I wasn’t eating Ambien to get the click during the day. I needed it to feel normal.

And then one day I ran out of pills for the, like, hundredth time, and knew that I would have to wait for two whole days until I had a refill available. I remember resting my feverishly hot forehead in my clammy, trembling hands and wanting to cry, but finding my eyes were barren, arid sockets. I did something then that I had never done before. I went to my computer and typed in three words: drug, rehab, detox.

The next days in treatment were excruciating.

Every noise startled me, every surface felt like gravel. My skin was icy cold all day long and then burning to the touch at night. I couldn’t feel my feet or hands most of the time and it felt as though long, sharp needles pierced through my skull into my brain every time I moved my head. I was a nerve ending in desperate search of an endorphin rush that would never come. They promised I would sleep eventually, but it took a full 11 days for me to get a solid two hours per night. I should have been in a padded cell. I should have been kept far away from all sharp objects.

There will be no more warm velvet or liquid lavender for me. Gone are the days of satin limbs and floaty, melty dreams. But I’ve learned a very powerful lesson. Nothing comes for free. You either pay now or you pay later—and later is always worse.

But no more Ambien also has its advantages. No more Ambien means freedom from that horrible cycle of spree and remorse. It means no more nodding out mid-bedtime story and scaring my kids. It means I have normalcy regarding my sleep behaviors— some good nights, some sleepless nights.

But 10 years after taking my last Ambien, I am completely clear on the fact that I never again want to put me or my family through the horror of those “Ambien years.” Ambien is like the memory of some abusive lover who phones me with seductive memories of all the good times. But now I have only one response for that kind of call. 12 Sober Women Of Color You Should Be Following on Instagram