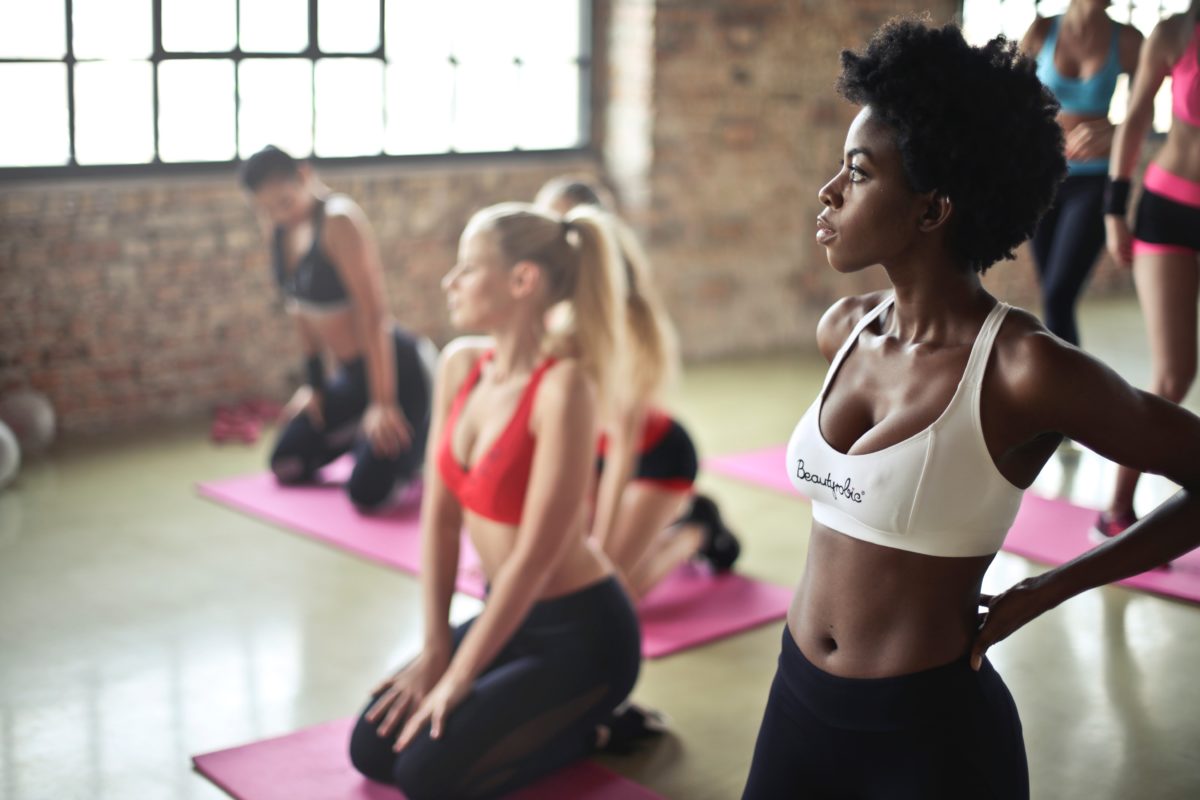 The Damaging Pairing of Yoga and Alcohol

“The pairing of yoga and alcohol is capitalistic, sexist, and damaging to individuals, as well as the practice itself.”
by Bonnie Horgos | 7.25.19

In the last few years, there’s been a trend that signals yet another instance of the cultural appropriation and capitalism of yoga: Yoga and alcohol. Across the nation, craft breweries are hosting yoga classes paired with a pint; some classes even provide boxes of beer as a prop. Unfortunately, these classes are being labeled as a way to “get healthy and reduce stress.” By making these claims, society is perpetuating the propaganda marketed by liquor companies: Drinking helps you relax, and you deserve it.

Believe me, I get it. I got sober almost three years ago, and yoga is one of the many tools in my recovery toolbox. However, as a white woman, I’m cognizant of the ways we’ve capitalized on this ancient form of movement, from Yoga Journal tricking people into thinking they’re inclusive to the recent Core Power yoga teacher training scandal. And don’t even get me started on Lululemon. Add in alcohol, and you’re about as far away from the foundations of yoga as you can get. Ultimately, the pairing of yoga and alcohol is capitalistic, sexist, and damaging to individuals, as well as the practice itself.

Ultimately, the pairing of yoga and alcohol is capitalistic, sexist, and damaging to individuals, as well as the practice itself.

It’s understandable why yoga is such a popular method of exercise and relaxation, particularly for the aforementioned age group. An estimated 264 million people worldwide have an anxiety disorder, and women are twice as likely as men to be diagnosed with an anxiety disorder in their lifetime, according to the Anxiety and Depression Association of America. Furthermore, women ages 30 to 44 are more likely to have an anxiety disorder, according to the National Institute of Mental Health. It could just be coincidental but those are nearly the exact same age ranges as those who practice yoga the most.

I don’t want to arrive at false conclusions but there seems to be one more important overlap: Alcohol use disorder among women in the U.S. increased by 83.7 percent between 2002 and 2013, according to a 2017 study sponsored by the National Institute on Alcohol Abuse and Alcoholism. What’s more, the rate of alcohol-related deaths for white women ages 35 to 54 has more than doubled since 1999, according to a Washington Post analysis of federal data.

So, how are anxiety and alcohol related? According to the Substance Abuse and Mental Health Services Administration, approximately 8 million Americans aged 18 and older suffer from both addiction and a mental health disorder.

In a 2018 study, depression, anxiety, and stress decreased significantly in women after 12 sessions of regular hatha yoga practice.

This brings us back to yoga. It’s well known that yoga is an effective antidote to mental health issues. In fact, in a 2018 study, depression, anxiety, and stress decreased significantly in women after 12 sessions of regular hatha yoga practice. It’s no wonder, then, that a pint of brew is a popular accessory next to the yoga mat; for a short period of time, women can feel at ease. Unfortunately, that booze will only worsen your anxiety in the long run.

Still, that doesn’t stop the yoga-booze connection from strengthening by the day. Plus, the options are endless. There’s a champagne and yoga trip to France, “a social, interactive yoga experience” that’s literally called Drunk Yoga, and too many yoga and beer events to count.

Even W Magazine published an article titled, “Why Doing Yoga and Drinking Alcohol Can Go Hand in Hand” — reminder, they don’t. The article is a Q&A with Heather Lilleston, the co-founder of Yoga For Bad People. In the article, Lilleston states: “We pretty much allow anything as long as you show up for class, even if that means that you just lie on the floor and sleep.”

When a yoga class comes with a complimentary beverage, it’s perpetuating the toxic myth that women need to “earn” their calories.

In other words, people are paying up to $3,600 — yes, that’s how much a Yoga For Bad People retreat costs — to lie on your yoga mat with a hangover. And no, airfare isn’t included. As Lilleston says in the article, though, life is all about indulgence: “[W]e recently did a yoga class and brunch with Grey Goose Vodka out at Surf Lodge in Montauk. Now I know that you might be thinking how does that go with yoga, but we think it’s important that you give yourself the space to indulge, while making sure you’re putting the best things in your body.”

That brings up yet another point: The gendered connection between caloric consumption and exercise. When a yoga class comes with a complimentary beverage, it’s perpetuating the toxic myth that women need to “earn” their calories. Plus, it taps into an age-old marketing trap: “You worked hard. You deserve it.” Ultimately, it’s a never-ending, puritanical cycle of repentance, consumption, then more repentance.

Ultimately, the pairing of alcohol and yoga symbolizes the whitewashing of this ancient spiritual, physical, and mental tradition. Drinking is prohibited in Yogic texts and most schools of yoga. Plus, many yogis would claim that drinking disconnects you from your body, which is the antithesis of yoga’s purpose. For countless women, though, that’s the whole point; life is exhausting, and sometimes, you just need to disconnect from it all.

Disconnection is only a temporary solution, though. Sometimes, you need to be fully present and willing to embrace the difficult, be it in sobriety or an advanced yoga pose. True liberation comes when you’re no longer afraid of the struggle. That’s what sobriety’s all about, after all. How to Find Contentment in Sobriety by Nicole Slaughter Graham How I Replaced Drinking with Reading by Kelly Showker How Strong Friendships Can Support Your Recovery by Erin McKelle

Why Do People in Recovery Struggle to Have Fun? by Olivia Pennelle 7 Affordable Ways to Improve Your Job Skills by Denise Stephens 7 Steps to Financial Freedom in Recovery by Anne McCarthy
×