Celebrities can afford good healthcare. What about the rest of us?
by Irina Gonzalez | 5.30.19

Game of Thrones star Kit Harington has entered rehab in order to deal with some “personal issues.”

The English actor, who played Jon Snow on the HBO show’s eight seasons, has entered a “luxury rehab for stress and alcohol use,” according to an initial report by The New York Post’s Page Six. Even before viewers watched the conclusion of the popular show and what happened to his character, Harington had already checked into a Connecticut health retreat, where he has been for nearly a month, according to Entertainment Weekly. Unsurprisingly, the private star’s representative is being mostly coy about what brought Harington to the rehab facility.

“Kit has decided to utilize this break in his schedule as an opportunity to spend some time at a wellness retreat to work on some personal issues,” read a statement released by his representative.

Those “personal issues” may include having a hard time dealing with the end of Game of Thrones. The actor has previously described difficult periods in his life, according to CNN, including seeking therapy in his 20s because he “felt very vulnerable” and “hyperventilating a bit” when shooting his last scenes of the show. The actor was also shown crying in dismay during the Thrones documentary The Last Watch, which was released on Sunday, after learning about the last interaction between himself and Emilia Clarke’s character Daenerys Targaryen.

It’s great the actor is taking steps to deal with his personal issues and mental health which, according to the Post, means that he “has been undergoing psychological coaching, practicing mindful meditation and cognitive behavioral therapy to combat stress and deal with negative emotions.” However, it does come at a price. Reportedly, “over $120,000 a month,” according to the Post.

The True Cost of Rehab

Undoubtedly, a famous actor like Harington or talk show host Wendy Williams, who admitted to living in a sober house last month, can afford such an astronomical cost to get the help they need. But what about the millions of others who are suffering from substance use disorder and/or mental health conditions who may also need the more specialized care of a rehab facility or “wellness retreat” as Hollywood types call it?

Today, excessive alcohol use leads to 88,000 deaths in the U.S. every year while the opioid crisis causes an additional 70,000 deaths, according to the Centers for Disease Control (CDC). Even more shockingly, over eight million deaths around the world can be attributed to mental illness, according to a 2015 study in JAMA Psychiatry.

When it comes to getting help, there is some good news. Primarily, that health insurance does seem to cover the cost of a rehab facility which treats a medical disease (such as alcohol use disorder). However, according to a 2013 survey by the Substance Abuse and Mental Health Services Administration (SAMHSA), 89% of the 22.7 million people every year that need treatment for a drug or alcohol problem will never get it.

Even more shockingly, over eight million deaths around the world can be attributed to mental illness, according to a 2015 study in JAMA Psychiatry.

If insurance isn’t going to cover the cost of a rehab facility, a treatment center can set you back anywhere from $2,000 to $25,000 a month for inpatient treatment, according to The Recovery Village. And that’s for basic service… Not included, we’re sure, is the kind of specialized care that a celebrity like Harington might get at a luxury facility. However, since substance use disorder and mental illness recovery are such an individual process, the truth is that perhaps those 89% who won’t get treatment for their problem could benefit from similarly good care.

The exorbitant cost of getting help, even with insurance, can put many of us at a disadvantage. Having access to quality health care should be a universal right but, unfortunately, it is not treated as such in the United States of America as the Trump administration and the GOP continues to go after Obamacare, Medicaid, and Medicare. In fact, Trump’s 10-year-budget, which was unveiled in March, calls for more than $845 billion in reductions for Medicare, which provides health coverage for those 65+ and older, according to The Washington Post.

SAMHSA reports that substance use is an emerging public health issue among older adults (those 65 or older), so cuts to Medicare could be potentially catastrophic for this population that may need rehab, too.

Harington seeking treatment is a great thing for the actor and likely also his wife, fellow Thrones actress Rose Leslie who “is being extremely supportive”, according to the Post, but it has also brought to light how privilege can play into the ability of someone to pay for a health retreat, or rehab facility, or wellness center, or whatever you want to call it.

Not even discussing the problematic world of the addiction treatment industry (which John Oliver so brilliantly showcased on his HBO show last year), the high cost of rehab can still come in the middle of someone seeking treatment. For many of us, we are simply at a financial disadvantage. SAMHSA has a 24/7 national helpline that can refer people to a treatment facility, but will it really help and will we be able to afford it?

For Harington, $120,000 a month may not be a huge number… But for the rest of us, we simply need better options. And until we get them, celebrities will continue to use their money for better treatment options while the rest of us keep adding to SAMHSA’s statistics of who gets help, who doesn’t, and who dies while trying. 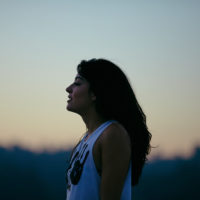