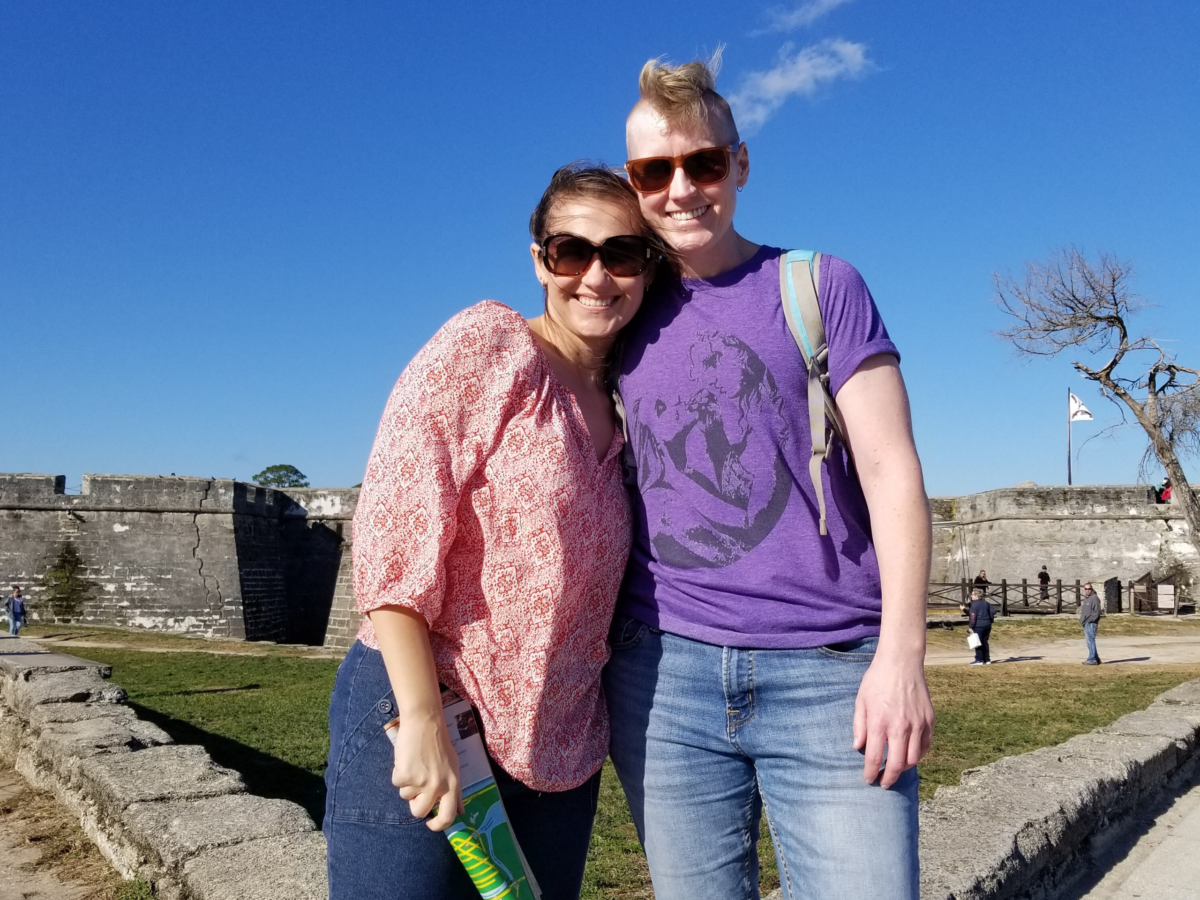 "I needed 'Feel Good' to feel uncomfortable in the good ways again"
by Amber Leventry | 6.2.20

When I left my long-distance partner’s house at the end of February, I didn’t know I would have to cancel my March flight to see her. We didn’t know it would be our last time together for an undetermined amount of time, thanks to COVID-19. In some ways, I am glad we didn’t know because leaving her would have been more heartbreaking than usual.

Thanks to this pandemic, we have had to get extra creative with date nights and quality time together. We have been using the Netflix Party extension most weekends — and on some weeknights when we just can’t put the brain cells together to get any work done. We are both writers and some nights are just better spent watching other writers’ work performed. Our first Netflix binge-worthy watch was Feel Good, a semi-autobiographical comedy series co-written by and starring Mae Martin.

Here’s the premise: Mae is a Canadian comedian living in the UK. She meets George, played by Charlotte Ritchie, after one of her shows, and in true lesbian style the two fall instantly in love and move in together. And because all good stories have tension, Mae is in recovery from narcotics addiction, though not doing as great as she would like to believe.

George has never been with a woman and is reluctant about coming out to family and friends despite hurting Mae. While this is a scene from many a queer’s playbook, the layer that particularly hit close for me was Mae’s exploration of her gender and what it means in regard to sexuality and her relationship with George. And in the background of the show are George and Mae’s dysfunctional mothers who both have biases about love and relationships that add toxicity to what George and Mae bring to their relationship. Mae’s mom is played by the hilarious Lisa Kudrow.

Even with a decent amount of sobriety under my rainbow belt, the shelter in place rules and limited or no access to the people and places that are my support systems stirred up a lot of feelings reminiscent of my first days without the drink.

Ever since our everyday lives have been under the influence of COVID-19, I have held my sobriety and those of other folks in recovery as if holding a grenade. Isolation and social distancing can breed shame, depression, and hopelessness — all triggers to addiction’s desire and submission.

Even with a decent amount of sobriety under my rainbow belt, the shelter in place rules and limited or no access to the people and places that are my support systems stirred up a lot of feelings reminiscent of my first days without the drink. I wanted to drink. I craved escape, and I felt guilty for feeling that way. I was angry that I seemed to be regressing in recovery.

I have never hidden the fact that I am an alcoholic; I am proud of my journey, but as I watched Mae Martin’s character in Feel Good trying to downplay their own past narcotic abuse after starting a new relationship with George (Ritchie), I saw myself.

I have been sober for nearly three years, and I am just as proud of what I have learned about myself—or finally allowed myself to see—as my sobriety itself.

With a fire burning of her past’s belongings in one of the scenes, Mae declares she has everything under control and is not — despite George’s accusation that she is —intense. I could see my own internalized, panicked, and sometimes manic anxiety in the energy that lies right below Mae’s dry humor and quirky movements.

I have been sober for nearly three years, and I am just as proud of what I have learned about myself—or finally allowed myself to see—as my sobriety itself.

Since childhood, I have questioned my true gender identity without knowing that being anything but the assigned female gender I was given at birth was an option. I didn’t learn what being transgender was until college. I identified as a butch lesbian, then queer, gender nonconforming, and gender fluid. And with each label, I got closer to the truth, but in my attempts to find the right one, I became more drunk.

At first, I got sober for my kids. Then I got honest and stayed sober for me. I admitted that my marriage wasn’t working and neither was my life as a female. I came out as nonbinary about a year after getting sober. I use they/them pronouns and have had gender-affirming top surgery to reduce much of the body dysmorphia I felt. I am getting closer and closer to presenting as my true self and on most days it feels amazing. But the dysphoria is still there in different forms and the uncertainty of the pandemic has made the number of shitty days increase. I forget to see that the feelings stirred by my brain are not the whole of my story or even the story of an active drinker.

I keep confusing being uncomfortable with being unsafe.

Then I saw Mae’s discomfort in her body. She kept her shirt on during sex, she examined her figure in the mirror, and having sex with a strap-on seemed like the only way she could climax while having sex with George. It took several episodes before Mae finally admitted her uncertainty about her gender.

“I think I’m transgender, or like nonbinary, or whatever the terms are these days,” she says on stage after feeling frustrated that she could never be masculine enough or man enough for her “straight” girlfriend. “But whatever, because I’ve always felt this way.”

This is not that far off from the real-life Mae Martin, whose 2015 stand-up tour was called Us and explored sex and gender identity. Martin uses she/they pronouns on Twitter.

She tells me I am perfect. I am not, but I am seen. And that feels perfect.

I watched this scene 1,400 miles away from my partner and felt vulnerable but safe. This was the reminder I needed that I was where I was supposed to be. Okay, fine, where I really wanted to be was sitting next to my person, holding her hand with her silently squeezing it to let me know I am more than enough.

I have had my own struggles with feeling masculine or trans enough. Before I had my double mastectomy, I worried my new partner would no longer love or enjoy my body in the same way after surgery. Would I be too masculine? She tells me I am perfect. I am not, but I am seen. And that feels perfect.

I needed Feel Good to feel uncomfortable in the good ways again, and Martin does such a beautiful job showing how addiction, identity, and sexuality are linked. She also shows how navigating addiction and relationships can be messy and sometimes dangerous. I am rooting for Mae, but her sobriety and identity will need to be just as important to George if it’s going to work out. We all deserve someone who makes us feel perfect even when we are riddled with imperfections. 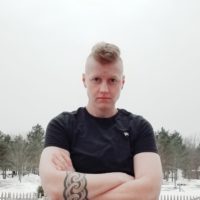