How to reduce episodes of the OCD-related mental health disorder.
by Sarah Bence | 7.15.20

There is a stigma around all kinds of addiction and mental health issues but for some conditions, like skin picking disorder, that stigma combines with incredibly low awareness to create a perfect storm. It is a storm that’s easy to get caught in before you even realize that the storm exists. Like many people with skin picking disorder, I didn’t know I had a problem until it was already out of control.

Skin picking disorder, also called excoriation disorder, is an OCD-related mental health disorder that is recognized in the DSM-5, the American Psychiatric Association’s guide to mental disorders. It occurs when a person engages in addictive and obsessive skin picking behaviors, usually triggered by anxiety or stress. There is a prevalence of 1-5% but it is believed that skin picking disorder is vastly underreported.

The DSM-5 criteria for skin picking disorder include:

If you also have a skin picking disorder, or any of the diagnosis criteria, know that you are not alone. This is not a disorder that is spoken of often in the media but that is a reflection of the lack of awareness, underdiagnosis, and stigma associated with skin picking. It is not a reflection of you yourself.

There are also some small changes that have helped me to reduce the distress that this disorder causes and reduce the picking episodes themselves, and they might be beneficial to you. This advice does not replace talking to a professional. If you believe you have a skin picking disorder, it is important to speak to your doctor or therapist about it.

1. Keep tweezers away from mirrors (or throw them out altogether).

As anyone with skin picking disorder can attest, tweezers can be a major enabling trigger. The combination of factors is dangerous: A sharp object designed for body modification, which is usually kept in the bathroom near a mirror. It can feel incredibly tempting, or like an automatic reflex, to reach for your tweezers each night in the bathroom as the stress of the day has built up.

It’s recommended by doctors (including my own) to either discard or stow away your tweezers. If you are in a delicate place and feel easily triggered, think about throwing away your tweezers or asking someone else to store them for you. As you begin to develop other coping mechanisms, you might feel comfortable owning tweezers but consider storing them outside the bathroom or somewhere without many mirrors.

2. Journal to identify your triggers.

Journaling can be an incredibly useful and effective coping mechanism for a variety of mental health disorders, such as anxiety, depression, and OCD. By writing in a journal, you’re able to slow down, name your emotions and behaviors, and identify the preceding events that bring these about.

Try starting a short, daily journal where you monitor your feelings and any skin picking behavior. Over time, you may realize certain triggers lead to your skin picking events. These triggers might be unexpected — like lack of sleep, altered schedule, interactions with specific people, and more.

As a result, one way to help reduce or eliminate your skin picking episodes is to consciously replace skin picking with another form of sensory stimulation. This replacement activity should have a strong tactile sensory input — think snapping a rubber band, performing fine motor tasks such as using a fidget spinner, dry brushing your body, or squeezing a stress ball.

Meditation is never a bad call when it comes to managing mental health disorders. A huge amount of research has been done on this subject, including many peer-reviewed studies that show mindfulness and meditation can improve coping mechanisms and reduce intrusive thoughts for people with OCD.

Not as much research has been done specifically on mindfulness and skin picking disorder, but as it is OCD-related, it’s very plausible that the results can be generalized. Apps like Headspace or Calm are both a great place to start when it comes to meditation.

5. Communicate about skin picking with your partner, friends, or family for support.

Finally, it’s important to communicate about your skin picking. Skin picking is often performed in private and results in intense feelings of shame. Try flipping your disorder on its head and opening up about it to your partner, friends, or family. Chances are, they really had no idea what you were going through. However, I want to acknowledge that this is the most difficult tip for myself and many others — but we must try.

Just talking about skin picking can be a relief. Another added benefit is that the people you love may be able to support you in identifying your triggers. Maybe that means checking in on you when they notice new lesions. Or maybe it’s knocking on the bathroom door if you’ve been in there for a long time. Skin picking, like any mental health disorder, is deeply personal and difficult to open up about, but you likely won’t regret it.

For a long time, I thought my tendency to pick at my skin was just a bad habit I needed to break. But I just couldn’t help myself, and this made me feel ashamed. It felt easy to blame that inability to stop picking on some inner failing of my determination or self-control, rather than an actual mental health disorder. Only in retrospect am I able to see that the hours I spent in a trance-like state with tweezers in front of a mirror, until my skin bled and was left with welts, was not normal.

The fact that this behavior surfaces during incredibly stressful times is not a coincidence; it is a trigger. But by using the techniques above, it has been possible to reduce skin picking episodes by making these small changes in my daily life. 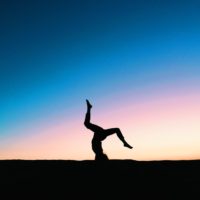