How to Manage the Super Bowl While Sober

Editor’s note: This story has been edited for celebrating the Super Bowl during the times of COVID.

I remember one of my last Super Bowls before I got sober as a really good time but, unfortunately, it was the last good time I had during the big game. Shortly after that, my drinking started to spiral out of control before I finally decided to go to rehab and got sober. Since then, watching the Super Bowl just hasn’t had the same appeal — but loving American football and not drinking don’t have to be mutually exclusive. In fact, just as with every other event in life (weddings, bachelorette parties, New Year’s Eve), it IS possible to say sober during the Super Bowl.

If you aren’t signed up yet, our parent company Tempest has an upcoming newsletter with some great tips on how to stay sober on Super Bowl Sunday. Make sure you sign up! Of course, we also asked our Instagram audience how they rocked the Super Bowl while sober and came away with some great advice. So, if you’re looking forward to watching a little football this weekend and NOT drinking, here’s how to do just that.

1. Host your own sober party.

If you just aren’t comfortable going to hang out with your pre-sobriety friends for the Super Bowl, don’t feel that you have to. Whatever you used to do before doesn’t have to be the same thing you do now. In fact, one of the joys of sobriety is that you can change the narrative and have your own sober party instead. During times a COVID, why not have a sober Zoom party?

2. Bring lots and lots of seltzer.

However, on the other hand, if you ARE attending a party where you know people will be drinking, make sure you bring your own AF drinks. First, you want to make sure that you only do this if you are truly comfortable and secure enough in your sobriety for it. It’s okay if you’re not. But if this is your choice, then stock up on whatever version of seltzer or sparkling water that you love.

Unfortunately, a lot of hosts still don’t remember to provide good non-alcoholic drinks for their party guests. That can be a bummer but you don’t have to relegate yourself to drinking water all night. That’s the genius of bringing your own seltzer or something fancier, like ginger beer. Remember: You’re in control of your sobriety AND of your drinks. The good news is that, if you’re having a Zoom party, this shouldn’t be an issue… just don’t forget to stock your home with your fave alcohol-free drinks.

3. Do something else instead.

A few ideas of things you can do: Go hiking with your pup, go skiing since it’s the middle of winter, or simply go cozy up with loved ones at home. This day doesn’t have to be a big deal if you don’t let it be.

4. Take the time to run errands.

Last year, 100 million people watched the Super Bowl. That’s a lot of people… and a lot of people that are staying at home or hanging out in a bar, not out and about. So do you have some big thing you need to get done or an errand you need to run? NOW might just be the perfect time to do it!

One genius friend I know is a huge fan of going to IKEA during the Super Bowl, since basically nobody is there. I mean, that’s great, isn’t it? Another option is to go to the grocery store on that Sunday night since that’s probably the only Sunday night when the grocery store isn’t crawling with people either.

5. Watch and critique the alcohol commercials.

There IS something fun that you can do during the Super Bowl if you’re comfortable enough in your sobriety and that is to watch the commercials… and critique them. You probably already know about the bullshit marketing of the alcohol industry and there’s definitely going to be a lot of that on display during the Super Bowl.

Of course, you have to be pretty brave to go this route but, if you approach it the right way, it can actually be kind of fun. You can find strength in your own sobriety by recognizing that not only do you no longer have to drink but that you also now understand just how messed up Big Alcohol is. So, go for it. Enjoy the game and enjoy rolling your eyes every time those commercials come on.

6. Just watch it with your loved ones.

Even though the Super Bowl is traditionally a time to watch the big game with a bunch of your friends, that doesn’t have to be what you do. If you’re intimidated by a big party and don’t really feel like hosting your own, but still want to watch the game, then there is nothing wrong with just doing something solo or with your someone special.

So, go ahead. Make some popcorn, buy your favorite non-alcoholic beer, and settle in for a quiet evening at home. Well, it won’t be all quiet, of course, since you’ll be having fun watching the game with your sweetie or your bestie. It’ll be a fun time and, hey, it doesn’t have to stress you out if a big group thing isn’t for you.

One of the best parts of the Super Bowl for me has always been the food. I clearly remember making the most delicious guacamole of my entire life just a few years ago, before I got sober, thanks to a secret ingredient (goat cheese!). One way to make sure that you have the time of your life is to make sure that there is good food that night, whether you’re hosting or going to a party or snuggling up with just your special person.

Some suggestions include eating ALL of the Buffalo wings, of course. There’s always nachos and, personally, I’m a huge fan of making a big plate of sheet pan nachos to bring to the group. They’re always a big hit and having lots of sides allows people to customize them to whatever they want. And, of course, there is always Super Bowl Sundaes. What, you’ve never made an ice cream bar for the Super Bowl? Trust me, you’re missing out! However, for COVID safety, I suggest doing individually-wrapped sandwiches or burgers. Don’t risk anything by sharing big plates of food… but do share, what you can, safety.

This is the biggie: If you used to be one of those people who drank a LOT during the Super Bowl, then this might be a tough day for you. It’s important to acknowledge that and make your peace with it. It’s also important to recognize that you may just not be ready to do Super Bowl again. If this is your first sober one, it might be tricky. You might want to avoid your old crowd but not have enough of a sober friend group to have a party, and that’s okay. 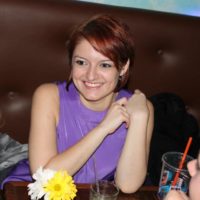